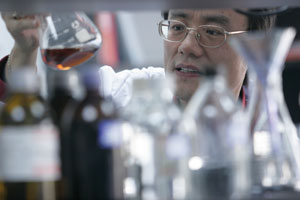 New pharmaceuticals resulting from complex innovative processes question common categorizations in medical knowledge. Innovation from « elsewhere » in our contribution is approached with a focus from « China ». However, it cannot be localized only from a clearly defined space and cultural setting in times of health globalization. In China, biomedical and Chinese medical knowledge jointly underlie the emergence of new products and technologies. While these latter are officially promoted within the framework of institutional medicine in China, processes at work, ideas and people involved, produce networks, at several levels from the most local to the global, including « networks of actors », through a whole range of exchanges. Therefore the « chain of pharmaceuticals » (chaîne du médicament) or « social life of medicines » from science protocols to marketisation of a final product should be traced in order to better understand knowledge production processes of « new/other/from elsewhere » products.

First, definition/labialization issues with an emphasis on the difficulty to draw clear-cut lines between categories will be discussed. Secondly, the issue of knowledge legitimation will be raised building on the concept of « contested knowledge ». These two points are closely embedded into each other: investigating knowledge production in science and other theories of knowledge highlight the need for a localization in space, namely political and social, and time, even more so in these times of globalization. Our study draws on cases from medical research and R&D in China. Some results from research done in Beijing (2006-2011) about the mobilization of scientific/traditional knowledge in the context of chronic (mainly HIV) and vector (malaria) disease research, treatment and prevention will be used.